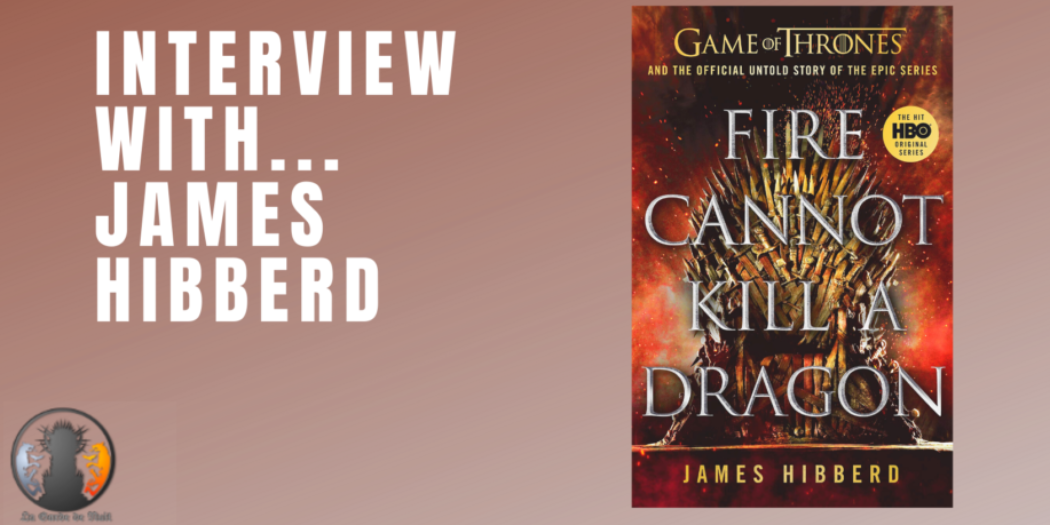 At the end of last year we talked about the book Fire Cannot Kill a Dragon by James Hibberd, a « behind-the-scenes » look at the TV series Game of Thrones. The journalist, then working for Entertainment Weekly, had been covering GoT news for the past decade and in this book he looks back on that experience. We were able to ask him a few questions – thanks to the french editor Pygmalion.

Amongst his answers, there is a little clarification on the prequel series that has the feel of exclusivity: the adaptation project of Robert’s Rebellion that was reported a few weeks ago is not an HBO project ; it is the Broadway play dedicated to the Harrenhal tournament.

Without further delay, here is our interview!

↑You, the book and the Game of Thrones experience

Garde de Nuit: In your book, you manage to alternate the answers of the different protagonists of the show, as if they answered each other. But how did the interviews take place? Did you have a pre-established order of the people to meet? Over how long did it take place? Did you ask the same questions to the different actors? Was the plan of your book built in advance (and the questions oriented according to that plan), or did the discussions lead you to choose this course?

James Hibberd: Thank you for the opportunity to talk about Fire Cannot Kill a Dragon. That was a tricky part of writing the book because the oral history format is supposed to feel like you are listening to a conversation even though all the interviews are conducted separately. And in this case, I was using hundreds of interviews conducted over the course of a decade. Some were in person on the set, some were by phone over the years, and many were in 2019-2020 after the show had finished shooting. Sometimes I added quotes from other media interviews – with citation – when there was something crucial I was missing from my own reporting. So it was quite a process of gathering and analyzing a large amount of material and trying to make it all work together in a fun-to-read way (so much « behind the scenes » reporting out there is super technical and dry, and the last thing I wanted was a book that felt tiring or like an encyclopedia). The post-show interviews were the most crucial because I only decided to write the book after the show had finished, so I was eager to fill in gaps from my coverage – particularly from the early seasons, before the show was a huge hit.

GdN: Were there any members of the team that you would have liked to interview but were unable to meet (such as actors, members of the technical team, Ramin Djawadi, the artists who designed the sets or costumes…)? Can you tell us why (the book would have been too long? Unavailability of these people?…)?

JH: The biggest one was Tamzin Merchant, who was the original Daenerys Targaryen in the first scrapped pilot. That was an interview I literally wanted for a decade. The good news was I finally spoke to her – and she was wonderful – but the bad news was we spoke after my book came out, so her comments were not included in the text. I also wish I had gotten Diana Rigg, who passed away last year – but I was lucky to get many stories from others about Diana Rigg that are some of my favorite quotes in the book. There are other behind-the-scenes figures like Djawadi and various department heads that would have been great to have, but I decided early on to focus on actors, writers, directors and HBO executives. This gave the reader insight into all the major creative and business decisions impacting the show and insight what it was like behind the scenes when making key moments in the show. But even focusing on « just » those roles, the book became 50 percent longer than what my publisher originally wanted. Thrones is such a huge show there is always a temptation, and even justification, to add more, but I also wanted a book that felt very readable and fast paced.

GdN: You have been present on the set over the years. What has been your experience of the phenomenon that GOT has become over the years? Secrets to keep signing with your own blood, hordes of fans that you never saw in the early years?

JH: It was an extraordinary experience. I have been on the sets of many shows and movies and nothing else was like GoT. The production values, the amount of talent, the secrecy, the fandom, the level of passion by the cast and crew, the extremely difficult environmental conditions under which the show was sometimes filmed. It was the biggest show in the world, and they all knew it, and that created a ton of pressure to get every detail right. As for keeping secrets, that was increasingly stressful over the years – which may sound silly, but after being on the set of the final season, I had – spoiler alert – « Jon kills Daenerys ! » bouncing around in my head during every conversation I had about GoT for a year until the finale aired and was always worried I’d let something slip (but didn’t).

GdN: Since the end of the GoT series, you still seem to cover the news related to this universe. Are you going to do for House of the Dragon what you did for GoT (follow, year by year, the production)? How excited does it make you feel?

JH: Studios have not allowed set visits since the pandemic started, and it is unclear if and when that will be allowed again. I hope to continue covering the franchise, though I am unsure if it will be as intense as with the first series, which was obviously a very special thing. Nowadays, there are many exciting big budget creatively interesting projects out there.

GdN: In your book, the showrunners say that they did not really take into account what was said on the fan forums about the series, but that means they were still paying attention. Do you know if they changed some of their plans after thinking the fans were right?

JH: The showrunners have always very firmly maintained that they never changed anything due to fan feedback. This was sometimes mistaken as an anti-fan stance, but it was more about trying to stay on track creatively without getting distracted by a sea of conflicting opinions by people who did not know where the story was ultimately headed. For instance: If George RR Martin’s books did not exist and the producers had asked fans after S1E8, « Do you want Ned Stark to die in the next episode? » the result probably would have been 90 percent or more fans voting against the idea. Yet nobody now thinks that was the wrong move. What fans want at any given time is ntot the same as what a story or character needs, and they are often extremely different, so writers have to ignore the crowd and trust their own instincts and just hope they get it « right ».

GdN: Through the quotes, some actors seem to have had the latitude to develop their own vision of their character. Were there any actors who had a major influence on the writing of their role?

JH: Jason Momoa was specifically credited as having a lot of ideas that worked about Drogo. He was probably more successful than most because he was on during the first season when the producers were still trying to figure out how to write the show, plus his ideas were rather good – such as adding the fight between Drogo and Mago. But in general, there was not much room for changes or improvisation as the scripts were very tightly written and the show was on a tight schedule.

GdN: Why does Stephen Dillane (Stannis Baratheon) not appear in the book as an interviewee (even though he plays a major role in the show)? We know that he talked about his bad GoT experience to other media, but did you contact him? Is it true that D&D did not like his character and that it had repercussions on his treatment?

JH: Oh, I tried repeatedly to get Dillane to do an interview. I would have loved to chat with him. Ultimately, he is pretty press shy in general and does not seem to enjoy talking about GoT in particular. But no, I never heard that the showrunners did not like his character.

GdN: We know that GRRM expresses himself in the book on a scene he did not like in the series. Did he tell you about a scene that was better rendered in the series than in the books (or in other words, he generally comments on the quality of the costumes, sets etc. but is there a particular scene that he really likes?).

GdN: In your book, when you quote Martin, he talks quite regularly about his historical inspirations. Was this something that came up often in your discussions with him? Did Martin put a lot of emphasis on the fact that he was inspired by history? Did he talk to you about other inspirations, and about books he likes (For instance did you get to see his library and talk with him about books)?

JH: He would sometimes bring them up, but I think more often I’d ask for those sort of details as I knew it was something that interested him and I found them interesting as well. I did not get to see his library, alas.

↑Game of Thrones and its « extended universe »

GdN: About House of Dragon: in your opinion, is there any information hinting that HBO is going for a copy-paste GOT or on the contrary that new showrunners will break away from GOT?
What are your thoughts about the possible GOT extended universe? Recently, you reported discussions about a possible Dunk and Egg series, or something about Robert’s rebellion, as well as a possible animated series, and more recently, about Nymeria, Corlys Velaryon or Flee Bottom. Are you optimistic about such projects?

JH: I am excited for House of the Dragon. Co-showrunner Miguel Sapochnik really knows what he is doing in this world and is going to bring his own artistic sensibility to the show. Also, the story has a lot of the elements that made the first series work. The Robert’s Rebellion project I teased turned out to be the Broadway show in development that I recently reported, which I am also excited by – if you have seen Harry Potter and the Cursed Child, you know how a special effects filled stage show with new twists on fan-favorite characters can bring a fantasy world to life in a new way. The others I am less sure about at this point, but I would not count them out either. As we have seen with Disney+ and Star Wars and Marvel, it is possible to expand these franchises in new and unexpected ways.

GdN: Thank you very much for your time and your answers! 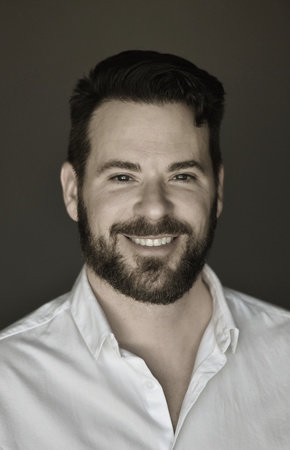